Social media, digitalisation, and technology are strong growth drivers for retailers in the region.

Asia Pacific’s retailing industry saw another year of growth in 2019 as new types of brick-and-mortar and e-commerce retailing formats proliferate, according to Euromonitor International’s research. New brands are also experimenting with innovations in order to win the local young and increasingly tech-savvy population.

Digitalisation and technology are the strong growth drivers for grocery retailers in Asia Pacific. Artificial intelligence and technology have been at the forefront of these changes, from boosting convenience to driving hyper-personalisation in-store to target consumers more effectively.

Modern grocery retailers enhanced their in-store experience for consumers with digital capabilities for payments and product information. Business has also been supported by the rise of digital apps and services, as omnichannel continued to be of relevance in 2019, encouraging many major supermarkets to tap into e-commerce.

Meanwhile, non-grocery specialists in Asia Pacific saw a mediocre growth of 1% in 2019 as consumers remained conservative when spending money despite considerable efforts by specialist retailers to make shopping more experiential and inclusive.

On the other hand, mixed retailers in Asia Pacific saw a 2% decline in value sales in 2019, largely driven by the slowdown in sales from department stores and mass merchandisers.

The rapid uptake of social media in Asia Pacific, particularly in millennials and Generation Z, is said to be a major factor in the rise of social commerce. However, the report warns that the region’s cultural, political, economic, and religious differences call for a more localised and targeted country-level strategy rather than a regional strategy.

The region’s demographic dividend and fast-paced digital connectivity are said to be key differentiators which pave the way for more innovative accessible services, customised products and experiences, as well as creating unique digital marketplaces in the region. The vast unbanked population in the region also offers further opportunities for companies to develop solutions by encouraging widespread digital adoption through fintech operators to unlock huge revenue potential.

Japan, India and China are the three key markets that stand out with strong foundations for growth, respectively through demographic specifics, continued strong domestic consumption, and the level of digital and technological advancement of the local economy.

Euromonitor then noted that the future of the region’s non-store retailing will be driven by e-commerce due to the growing middle class, and rapid mobile penetration. This comes as consumers seek more experiential elements on visual or interactive content whilst social commerce, artificial intelligence, and fintech developments will transform the way customers shop online and receive their deliveries.

AEON Group remains the leader in the non-grocery retailing specialists category due to the group’s strong performance across its drugstore and chemist brands. This is also thanks to Japan’s ageing population and a shift in consumer preferences from one-stop shopping to direct brand experiences. Brands such as Welcia and Tsuruha, expanded rapidly with a number of new outlets over the last few years, supporting the growth of AEON Group in the non-grocery category.

Meanwhile, China-based GOME Electrical Appliances Holdings, is facing decline and losing market share due to massive write-downs as GOME transforms its brick-and-mortar stores into an online business. GOME said it will be establishing more large-scale integrated flagship store projects in first and second-tier cities and expects that it will gain back market share gradually in the non-grocery specialist retail category.

Further, several department store players like Seven & I Holdings, Isetan Mitsukoshi Holdings, Lotte Group, and Shinsegae, experienced a decline in sales in 2019 despite remaining in the top 10 ranking for mixed retailers. This causes retailers to continuously tweak their strategies to stay relevant amidst weakening economic conditions and rising competition.

Euromonitor also notes that the attitudes and behaviour of consumers are shifting, presenting opportunities for retailers. The consumers of today are largely driven by convenience and value and therefore convenience stores and e-commerce players have enjoyed robust growth in recent years.

Retailing industry on the back of the pandemic

Retailers in Asia are adapting to the pandemic in multiple innovative ways. The use of contactless delivery of goods and partnership with delivery fulfillment players are among the most prominent due to social distancing measures in the region.

In Thailand, on-demand application LINE MAN offers users the option of having goods delivered to designated areas instead of in-person, whilst in China, JD.com ramped up deployment of robots for delivery.

In Singapore, the government is allowing taxi and private-hire car drivers to deliver groceries. Changes in operational practices can also be seen in retailers like 7-Eleven in Japan where plastic sheets hanging from ceilings are used as barriers between the customer and the cash register staff.

Euromonitor notes that the situation is playing out quite differently for many non-grocery and mixed retailers. Whilst grocery and pharmaceutical players are seeing severe surges of demand and traffic, the closure of non-essential stores as part of isolation measures in Asia Pacific are forcing many specialist retailers to shift their focus to e-commerce, lay off employees, and rapidly shift strategies.

One of the examples is French retailer Carrefour which saw a 600% surge in vegetable deliveries during the Lunar New Year period. Chinese online retailer JD.com also reported that its online grocery sales grew 215% year over year during a 10-day period between late January and February.

Alibaba similarly responded to the crisis by offering products that would enable retailers to rapidly launch an e-commerce platform. It reported that such solutions enabled companies to pivot to an omnichannel strategy within five days.

The recession due to the pandemic is expected to be the worst since the Great Depression and as of end April, Euromonitor has accordingly downgraded the baseline global real GDP growth forecast to 4% to 1.5% decline in 2020. Advanced economies like Japan in Asia Pacific are likely to be the hardest hit with their economic activity expected to contract by around 6%, whilst emerging economies like China, India, and Indonesia will also be badly hit due to social distancing measures and stronger financial spillover effects. However, intensifying competition may prompt players to seek out new growth engines.
E-commerce However, intensifying competition may prompt players to seek out new growth engines.
E-commerce
‘I am not a robot’: 84% of APAC consumers abandon carts due to complex login process

It is rolling out a series of promotions including an instant win game.
Stores
South Korean retailers compete for quicker delivery

The flagship store will be open by the spring of 2022.
Stores
AliExpress opens store in Barcelona shopping center

The store will bring over 800 brands, including those in the electronics sector.
Stores
CU launches 2 stores in Mongolia’s new airport

One store caters to travellers, whilst the other is available only to airport staff.
Stores
Seoul orders COVID-19 tests for department store staff

And US-based Beyond Meat launches a store on JD’s platform.
E-commerce
Here are the winners in the Retail Asia Awards 2021

More shoppers are influenced by amusing, short videos when it comes to trying out new products.
SG consumer and retail sectors to fully recover after 2025: Fitch

Real household spending will continue to fall below pre-pandemic levels in the coming years.
Retail
What are the 4 types of Singaporean online shoppers?

Singapore undergraduate teams will compete for $8,000 and an internship with Lazada.
E-commerce
New Zealand’s foodservice sector to profit in 2020-2025

‘I am not a robot’: 84% of APAC consumers abandon carts due to complex login process

Here are the winners in the Retail Asia Awards 2021

SG consumer and retail sectors to fully recover after 2025: Fitch

What are the 4 types of Singaporean online shoppers? Co-Written / Partner
Situated in Delhi’s poshest locality, DLF Avenue brings the community together with its repertoire of memorable experiences. Situated in Delhi’s poshest locality, DLF Avenue brings the community together with its repertoire of memorable experiences. How “The Great Compression” can lead to better retail CX

Co-Written / Partner
Situated in Delhi’s poshest locality, DLF Avenue brings the community together with its repertoire of memorable experiences.

Situated in Delhi’s poshest locality, DLF Avenue brings the community together with its repertoire of memorable experiences. 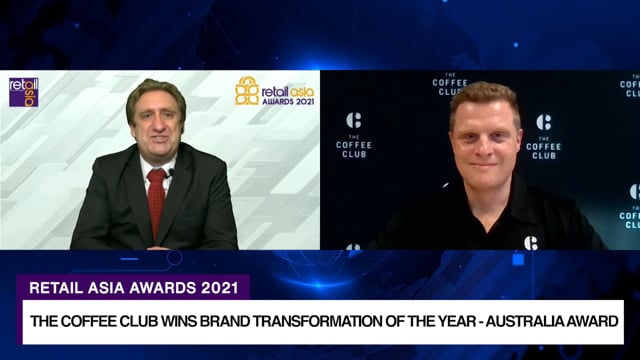 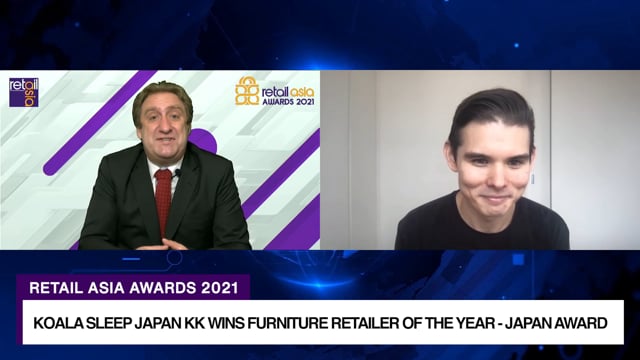 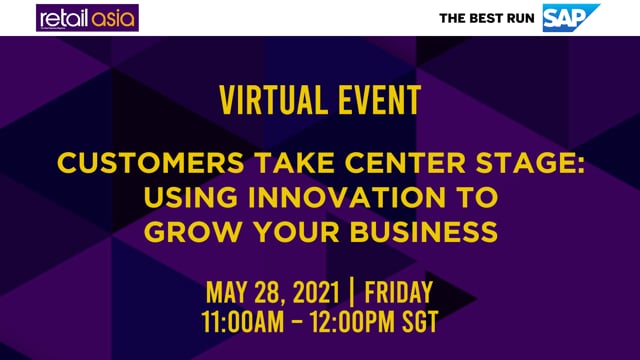 Over 12 million e-prescriptions issued in Australia

Renewables cheapest source of electricity in 90% of emerging markets: report

Amidst AXA deal, what drew Generali towards Malaysia's P&C sector?

How “The Great Compression” can lead to better retail CX

The Seven Dictums of a Future Commerce Strategy

Over 12 million e-prescriptions issued in Australia

Renewables cheapest source of electricity in 90% of emerging markets: report

Amidst AXA deal, what drew Generali towards Malaysia's P&C sector?